But really, who sees a mom to 6 kids and thinks “hey, I want in on that mess”?

Six kids… That is a lot.

I’ve had it together for these past couple of months since Tag’s birth. I think where most mer mortals would have folded, collapsed at the exhaustion and stress, I excelled. I’ve always taken a challenge well and doing this “single mom to an infant plus five other kids half the time” thing was my biggest challenge to date. I’ve felt in control of my emotions and very “put together”, but not these last couple of weeks. Somehow I have turned into an emotional wreck every time a love song comes on. I cry, in public sometimes- Sabrina does not cry!

So what is it?  I have zero desire to date and zero time.

I am happy being single- While my friends are telling me “you just had a baby, you’ll be interested in dating later”, in my head I’m daydreaming about all the running adventures I will go on in this “later” they speak of.

If I did have any free time a man is not what I would want to spend it on. I would rather spend more time with my kids, read more, run, go on adventures, write, maybe make that “money” thing everyone speaks of. So much to do, dating is not even close to the table…

So why the sadness as of late? I think I’ll chalk it up to my hormones being a mess post birth. Maybe exhaustion has finally built up enough and I can no longer ignore it. Or maybe it’s just normal? Maybe it’s normal to be sad you don’t have something everyone else (ok not everyone) has but not really want it in the end? Nah, it’s just hormones, I’ll take an extra placenta pill and call it a day.

There was an old woman who lived in a running shoe… I’m pretty sure that’s how it goes. 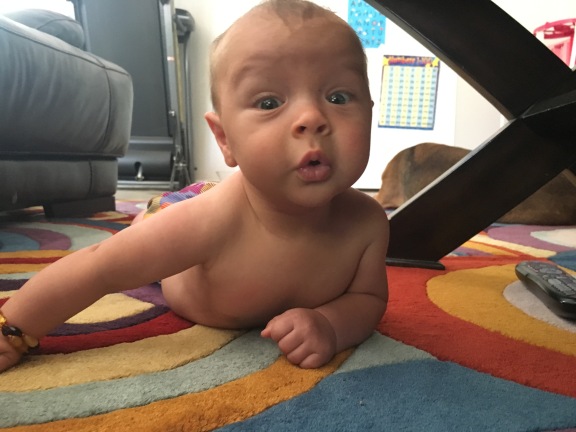 All the man I need! (well… Tag and the 3 others I suppose)